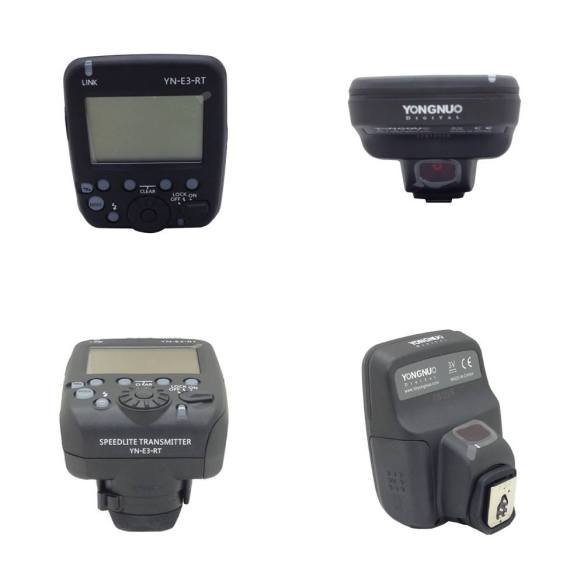 This is the Yongnuo YN-E3-RT. It’s cheaper than Canon Inc.’s ST-E3-RT, AND it has features we’ve been asking for and Canon Inc. still hasn’t included for us in a firmware update, such as second curtain sync using the wireless functionality. It also has a built-in AF assist beam emitter. And it’s compatible with the Canon 600EX-RT. It’s fucking incredible. You can get it here.

This is what happens when Canon Inc. refuses to listen and act fast. I’ve blogged about the missing features months ago. It was clear that second curtain sync was a feature people needed days after the release of the ST-E3-RT. But up till now, we have fucking nothing whatsoever!

If Canon Inc. is fast enough, they might be able to also add the ability to control zoom levels of the flashes wirelessly, before Yongnuo updates their firmware. They might even add the second curtain sync for ETTL as well as the one from Yongnuo can only do it in manual mode. But we should probably not hold our breaths waiting.

I’m getting fucking tired with these slow-ass Japanese engineers, I’m telling you. Never in my life would I have expected to deal with this much stress at this age.

If it’s not the slow response to feedback, then it’s the lies. I’ve covered that in the past, but this recent blog post on Lens Rentals has a lot of truth to it, and I recommend you check it out if you know what’s good for you:

As long as we’re on the subject of catchwords, it’s probably worth tackling ‘Weather Sealed’ or ‘Weather Resistant’ next. Many people seem to believe that means ‘waterproof’. When you take lenses apart all day you find out it usually means ‘we put a strip of foam rubber behind the front and rear elements and scotch tape over the access holes under the rubber rings’.

It’s better than no weather sealing, certainly. And some (but not all) ‘weather sealed’ lenses also have internal gaskets around barrel joints and other added bits seals. But I haven’t seen one manufacturer yet tell us exactly what weather their lens is sealed against. Snow? Rain? Sunshine? Wind? Well, it can’t be wind because the lenses we spend the most time taking dust out of are mostly ‘weather sealed’.

Let me be very clear about this: DO NOT TRUST the ‘weather sealed’ bullshit from Canon Inc. Make sure when you’re out in the rain you’re using a rain cover for your camera. This includes the higher end bodies such as the 5D Mark III and 1DX and the L lenses. You have been warned.

Last and certainly not least, you should take an hour of your time to watch the below presentation on NSA spying capabilities. It’s scary, it’s jaw dropping, it’s unbelievable.